"The Temptation of Father Francis" with my co-writer Nick T. Chan is now published at Orson Scott Card's Intergalactic Medicine Show! It's about a priest, some mechanical bees, a dirigible and the AI who powers it, who thinks she's Annie Oakley, all on an adventure across the West in a corporate-controlled future.

This is my first appearance in IGMS and Nick's second. There's some gorgeous artwork by Nick Greenwood. You can read the opening right here, but you need an IGMS subscription to get the whole story. For a taste, here's the opening few lines:


Annie Oakley poked Francis in the shoulder. She kept poking him. He ignored her until she finally yelled into his earworm. "Wake up, you bone-lazy priest!" The image of a tiny woman, barely more than a girl, blinked into existence next to Francis' cot, the metal struts and handholds of the dirigible's plain cabin visible through her corseted dress. She held a rifle and wore a wide-brimmed cowboy hat over her wavy brown hair.

Posted by Jennifer Campbell-Hicks at 8:14 AM No comments:

I got the good news this morning: Mike Resnick has accepted my short story "Shore Leave" for publication in Galaxy's Edge, which, as a reader, is one of my favorite magazines. So, achievement unlocked! This acceptance is significant for me in another way as well. As soon as my outstanding contracts are signed, I will be eligible to join the Science Fiction & Fantasy Writers of America as an active member.

This calls for a celebration dance:

Posted by Jennifer Campbell-Hicks at 1:08 PM No comments:

Writers of the Future, Quarter 3

Straight rejection this quarter, and I am very, very confused. This is one of the best stories I've ever written. I think it's on par with my finalist from last year. When I submitted it, I thought it would get a semifinalist at the very least, but here I am with a "you didn't win" email. Overconfidence? Maybe. I've had a good run of sales lately, and yes, I've been feeling confident about my writing. Today, I am slamming back to Earth in a big way. Let's just say that I'm glad I'm close to becoming disqualified from Writers of the Future.

In 23 quarters of entering this damned-if-I-can-figure-it-out contest:

Posted by Jennifer Campbell-Hicks at 11:41 AM No comments:

Labels: Writers of the Future 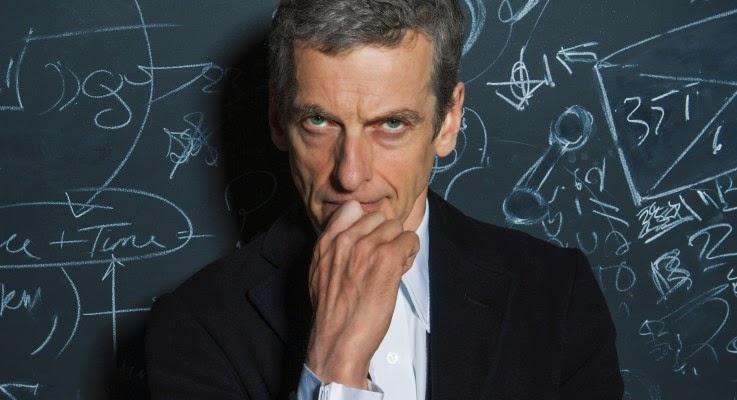 I haven't been blogging much about Doctor Who this season. It took a truly bizarre episode to draw me out. I can't decide whether I like "Listen" or not. It was obviously meant to be  "masterpiece," and it has its moments, but it's also unfocused and has one of the weirder climaxes I've ever seen on this show. It is a brilliant failure.

The reviewer at Tor.com nailed the main problem, which is, essentially: It's me, not you. As a viewer, if I had started watching Doctor Who this season, I'm sure I would have been blown away by the amazingness of this episode. But I've seen every episode back to "Rose," and what Steven Moffat did here is all too familiar. I'm starting to think he needs to step aside as show runner because he has run out of ideas. He only repackages his old ones. Granted, they're good ideas. But at this point, they are run into the ground.

Here the Doctor theorizes about monsters that are so good at hiding that you never see them. They are the monster under your bed and in your closet, and the ones that follow in your footsteps and raise the hairs on the back of your neck. The Doctor desperately needs to see them.

But here's the thing: We've already seen them. They are the Silence. They are also closely related to the Weeping Angels. They are the thing that Matt Smith's Doctor said in his first appearance to look for out the corner of your eye.

Then there's the climax. First off, the TARDIS shouldn't have even landed on what was presumably Gallifrey because that planet is time-locked. But somehow Clara accidentally bypassed the laws of the universe and landed them in the Doctor's past, and then gave a sweet speech to the young Doctor while he was dreaming that stuck with the Doctor 2,000 years later. But again, been there, done that: Smith's Doctor already pulled that trick with young Amy Pond. Capaldi's Doctor's speech about fear would have had much more impact for me if it hadn't originated with a time-loop.

And speaking of fear ... Orson Pink (whose name I thought was Awesome Pink until I saw recaps online) and his Nothing Monsters at the end of the universe were the most interesting part of this episode for me. But even that, intentionally or not, has been done before and done better. If you have a Kindle, download the free short story "The Nothing Equation" by Tom Goodwin. It's not as famous or influential as another of Goodwin's stories, "The Cold Equations," but it had more of an impact on me. Orson Pink could have easily been the protagonist of that story.

There were good parts. I enjoyed the Doctor's opening monologue. I like Clara and Danny together, though I hope they get over the awkward stage soon. (And who accuses a guy of being a killer on a first date? Really?) Clara telling the Doctor to do as he's told, after he did the same to her earlier in the episode, was wonderful.

And I wouldn't be surprised if, at some point this season, we circle back to find out that a future Doctor wrote the word "Listen" on his chalkboard, was the one hiding under the blanket in young Danny Pink's bedroom, and was knocking on the door at the end of the universe. Because Moffat loves that kind of stuff.
Posted by Jennifer Campbell-Hicks at 2:31 PM No comments:

There's this viral respiratory illness that has been spreading across the Midwest over the past few weeks: enterovirus 68. It's been in the news. Maybe you've read about it. It showed up in the Denver metro area about mid-August. It's similar to a basic cold virus except it can cause sudden problems with breathing. It seems to mostly affect children. Kids with asthma are most vulnerable. As of last week, Children's Hospital Colorado was seeing 100 new cases per day.

I'm mother to a girl who has asthma. Cold viruses are her trigger. Most people have a sore throat and stuffy nose for a few days. My daughter gets fever, vomiting and asthma attacks, and is out of school for a day or two. Twice this year her colds have resulted in pneumonia.

This viral outbreak has put me on red alert.

My husband and I can't keep our kids away from the virus if it spreads in their school or some other place we frequent, but there are preventative measures we can take. We're not the most vigilant of hand-washers in my household, but we're working to change that. And the kids have been told to keep their distance from sick classmates.

It might be that the household red alert isn't necessary. My daughter caught a cold in mid-August, after the virus started spreading but before the news came out about the local outbreak. The cold went from bad to really bad in about 12 hours. I've never been so fast to get her to the pediatrician, and I'm glad I did, because her doctor caught a developing case of pneumonia. Around the same time, two of her cousins with whom she has frequent contact (i.e. they play together a lot) came down with what my sister is pretty certain was enterovirus 68.

All of this is to say, she might have already had it. But I'm not taking chances with a virus that has been putting kids -- especially asthmatic kids -- in the hospital. Here's hoping the children who are sick recover soon and that the outbreak runs its course without causing many more infections.
Posted by Jennifer Campbell-Hicks at 3:16 PM No comments:

First snow of the season

It's not even two weeks after Labor Day, and Colorado got snow last night. This makes me sad. I am not a fan of snow, which might change if I owned a car that could drive on snow. Nevertheless, I wanted to wake up to at least a dusting so I'd have photographic proof of the weather phenomenon.

Alas, the grass, cars and roofs in my neighborhood were wet but not snowy at 7 a.m. when I got up to get the kids ready for school. I'm told snow was on the cars a mile or two away from my house, and to places both to the north (Boulder) and south (Colorado Springs). This weekend, we'll be back up to the mid-70s and low 80s. That's Colorado for you.

Writing update! I've been all over the map. I'm three chapters into the novel. I also wrote a slightly-longer-than-a-flash story that's out on submission, and I'm working on a short story that I didn't intend to write. But now that I'm writing it, I'll be entering in Writers of the Future this quarter. I also have a co-writing project coming up with the talented Nick T. Chan that's a sequel to a story we've recently sold (but I'm not announcing it until we approve the contract). We've finished the outline and are about to get going on the actual story.

Television update! I'm enjoying Peter Capaldi as the new Doctor so far. I'm also enjoying Outlander, enough that I bought the ebook and am reading it. I finished Orphan Black's second season, which wasn't as good as Season 1 (I like cop drama better than corporate conspiracy drama). I finally got to the "Rains of Castamere" episode of Game of Thrones ... and, damn. And in the next couple of weeks, Once Upon a Time and Sleepy Hollow both come back. The DVR will be busy.
Posted by Jennifer Campbell-Hicks at 1:56 PM No comments: